– 09.36 AM /Pavel Durov, Telegram owner/
– asked not to call him a Russian billionaire;
– I left Russia many years ago and I am not going to come back;
– 09.59 AM /Raikovych, head of Kirovohrad Regional Military Administration/:
– airfield in Alexandria came under fire at night;
– some people were dead and injured;

– 10.07 AM /Reznichenko, head of Dnipropetrovsk Regional State Administration/:
– a “strategic” poultry farm was destroyed by a missile strike;
– it was long abandoned, no casualties;

– 10.20 AM /Kozhemyakin, SSU general/:
– the war will end in three months;
– this is possible thanks to our partners and their help;
– this is my personal opinion and it is justified;

– 11.14 AM /Vereshchuk/:
– 9 humanitarian corridors agreed upon by today, April 16;
– evacuation from the Luhansk region is complicated because of the shooting;
– weather conditions do not allow the buses to reach Mariupol’;
– the road between Zaporizhzhia and Vasîlivka city was washed out;

– 12.03 AM /Andriuschenko, advisor to the mayor of Mariupol’/:
– occupiers throw everything on the assault of the city;
– the appearance of TU bombers shows the plans to assault Azovstal;
– filtration procedures gained maximum speed;
– they say, that 5-10% of people do not pass the filtration;
– their fate is unknown;
– there are plans to completely close the city for entry or exit since 04.18;
– occupiers left the city without doctors and medical workers;
– people are left in danger due to seasonal and chronic diseases; 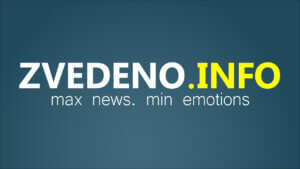 – 12.09 AM /Intel/:
– there are 39 Russian battleships in the Sevastopol region;
– “Moskva” cruiser is not among them;
– two landing ships and a small ASW ship were added to the numbers;
– two small missile boats, a patrol ship, two counter sabotage boats, and one minesweeper left the group;

– 12.21 AM /Kozhemyakin, ex-SSU general/:
– rocket launched from Crimea reaches Kyiv in 30-40 minutes;
– from Belarus – in 10-12;
– air defense works effectively, but some of the missiles reach their targets;
– shot down missiles present danger to the houses with the rain of debris;
– do not ignore air raid alarms;

– 12.24 AM /Hanna Malyar, Deputy Minister of Defense of Ukraine/:
– Russia maintains control over sea area;
– blocks intelligence activities and navigation;
– the vessel of other countries are destroyed;
– there are signs of a new assault in the East of Ukraine;
– they pull up supplies and infrastructure;

– 12.40 AM /Haidai, Luhansk Regional Military Administration/:
– impending assault on Luhansk and Donetsk directions;
– it will happen once the rains stop;
– occupiers finish escalating their grouping of force;
– there are tens of thousands here, hundreds of vehicles, reserves are being pulled up;
– they have enough for a breakthrough in troops count and vehicles;
– they do not stop the attempts to push through our defenses;

– Russia holds ca. 700 Ukrainian POWs;
– also about a thousand civilian captives;
– more than half of them are women.